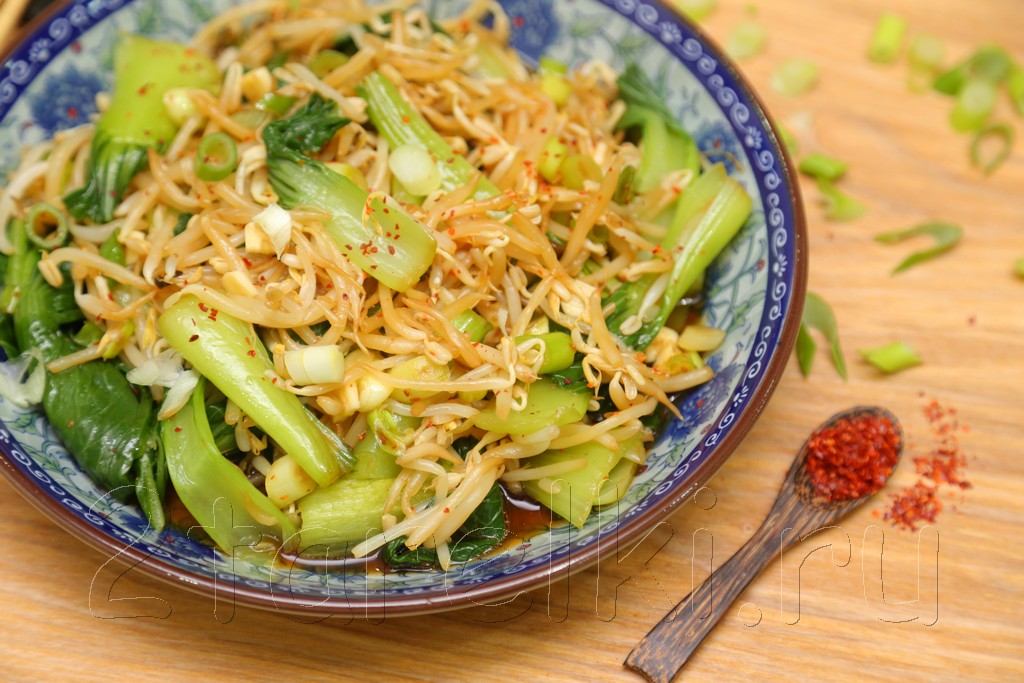 Easy Asian salad-appetizer for vegetarians and not only! Especially lovers of spicy snacks.

* Cabbage, Bok-Choi (Bok Choi, Pak Choi, Bok Choi, Pak Choi) – juicy white stems with dark green leaves. The taste resembles a cross between spinach and cabbage. The leaves cook faster than the stems, so often they are added at the end of the process of cooking – fry with stirring for 2-3 minutes. Bok Choy is a great addition to soups, noodles, vegetable and meat dishes, salads. 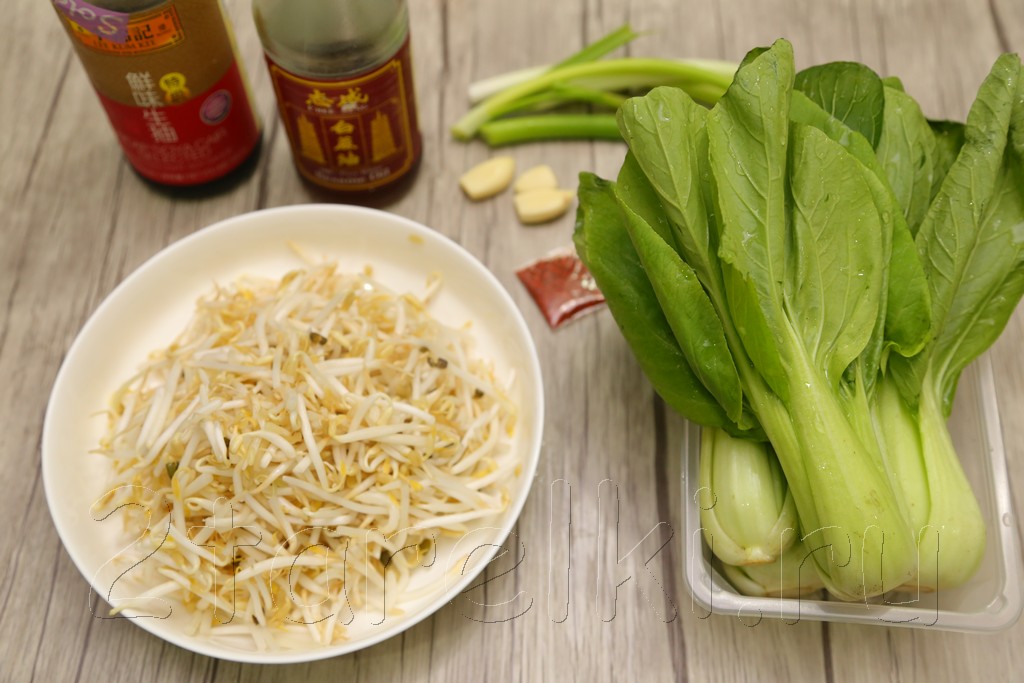 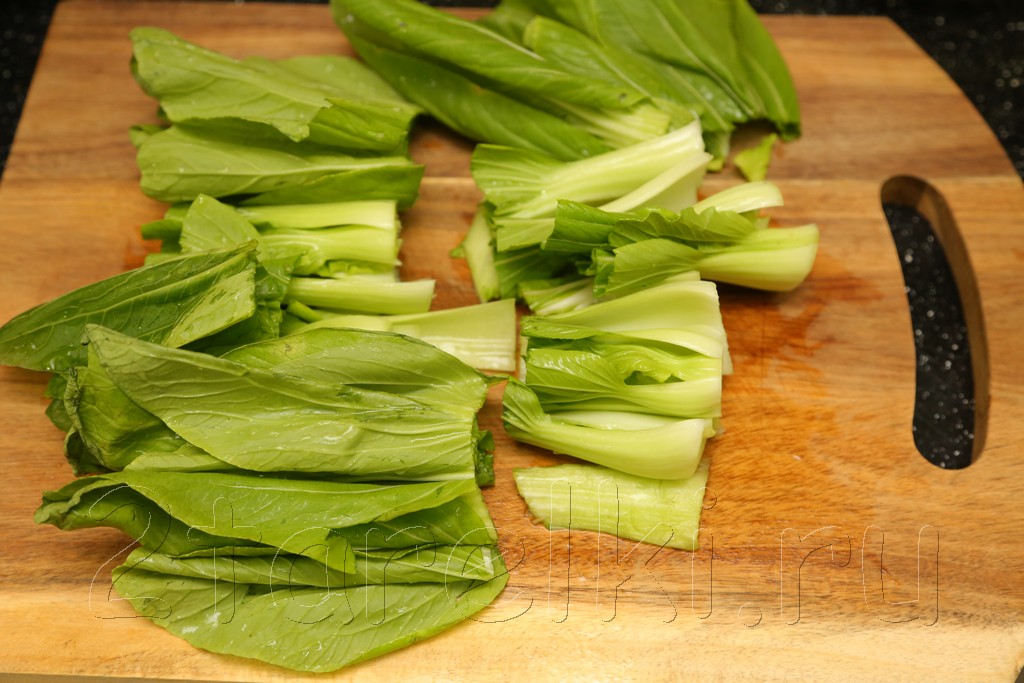 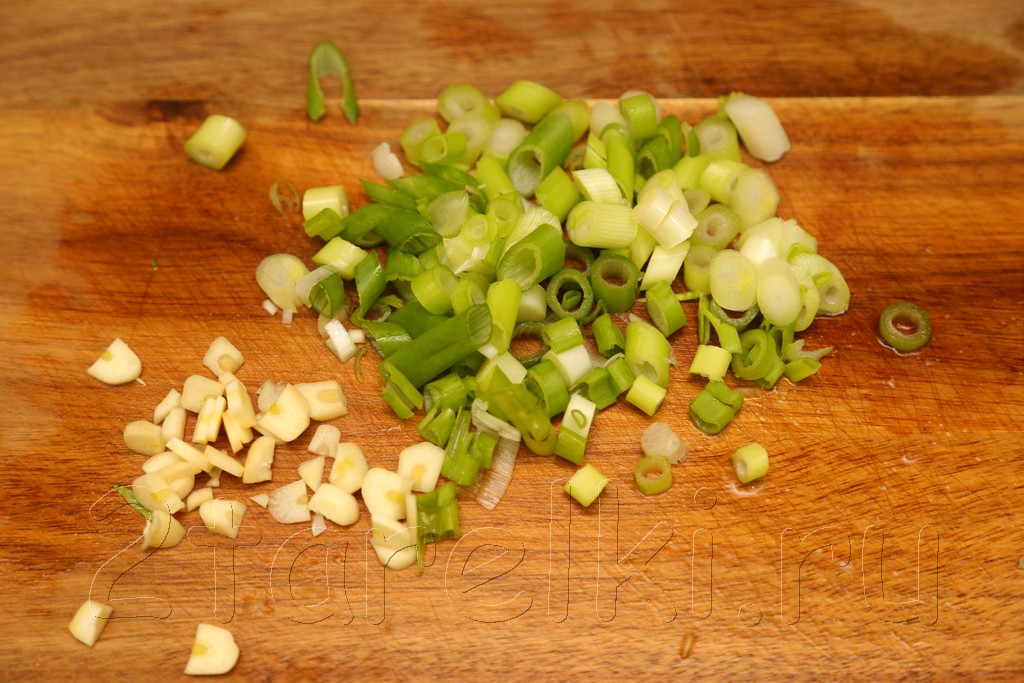 2. Bring the water to a boil and blanchere first Bok Choy for a minute, and after it — sprouts. All recline in a colander, let the water flows. 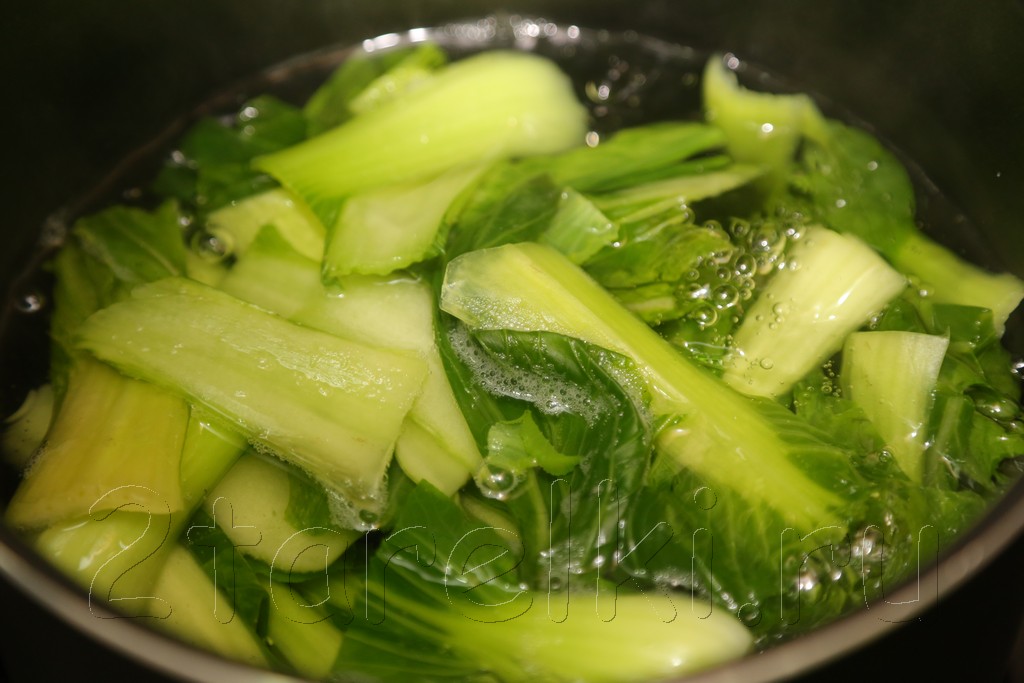 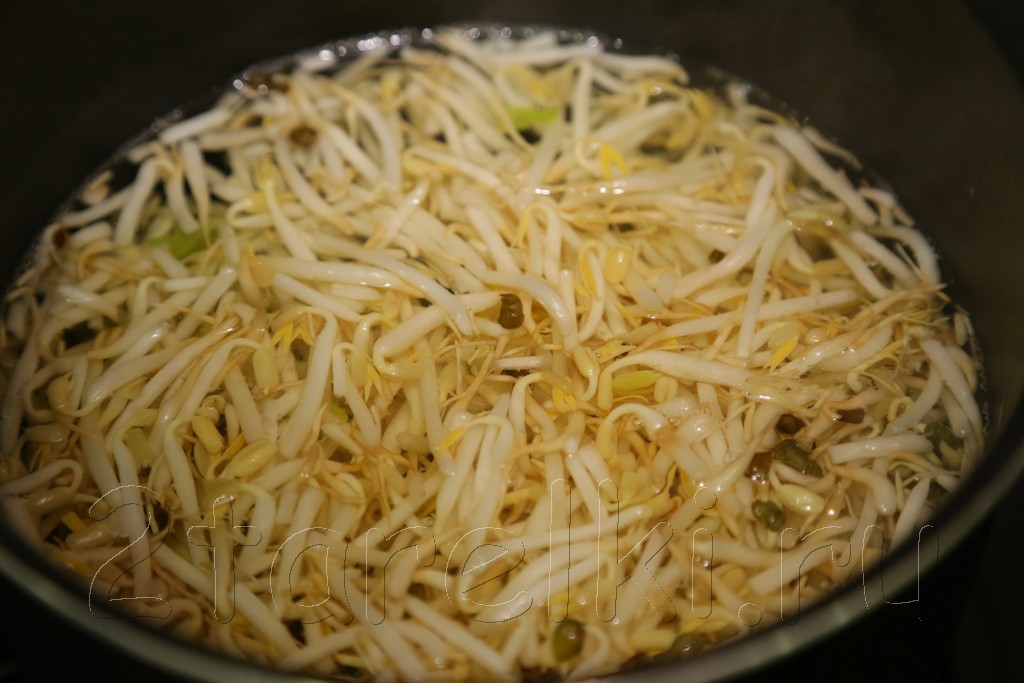 3. Add onion, garlic, pepper to taste (I put 1/2 tsp), 2 tbsp soy sauce and 2 tbsp of sesame oil. Stir and infuse to cool for 15 minutes in the refrigerator. 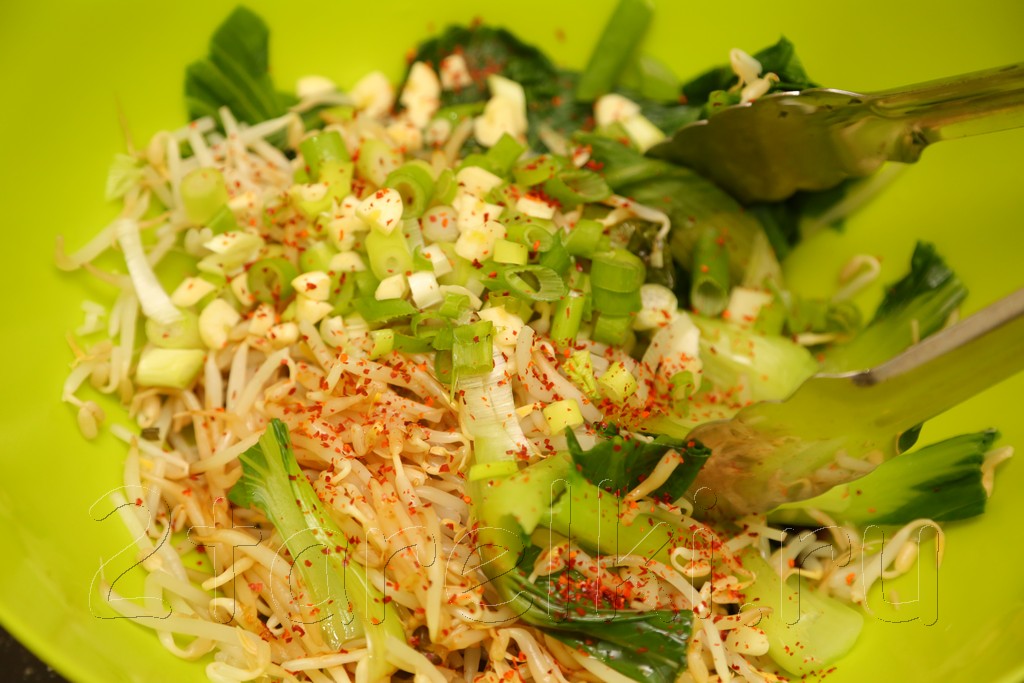 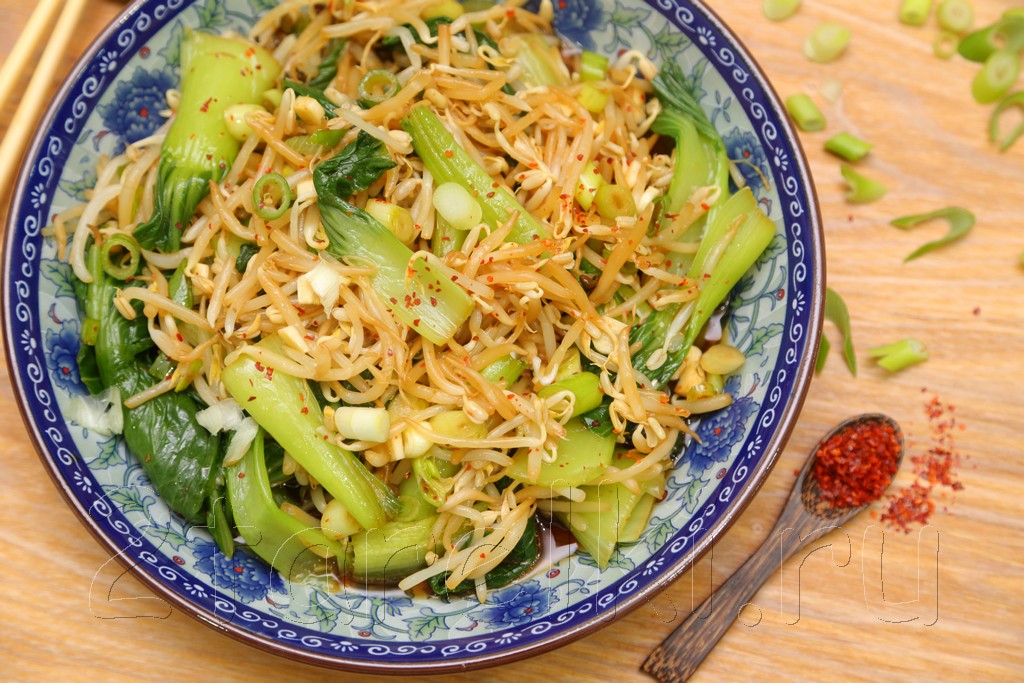 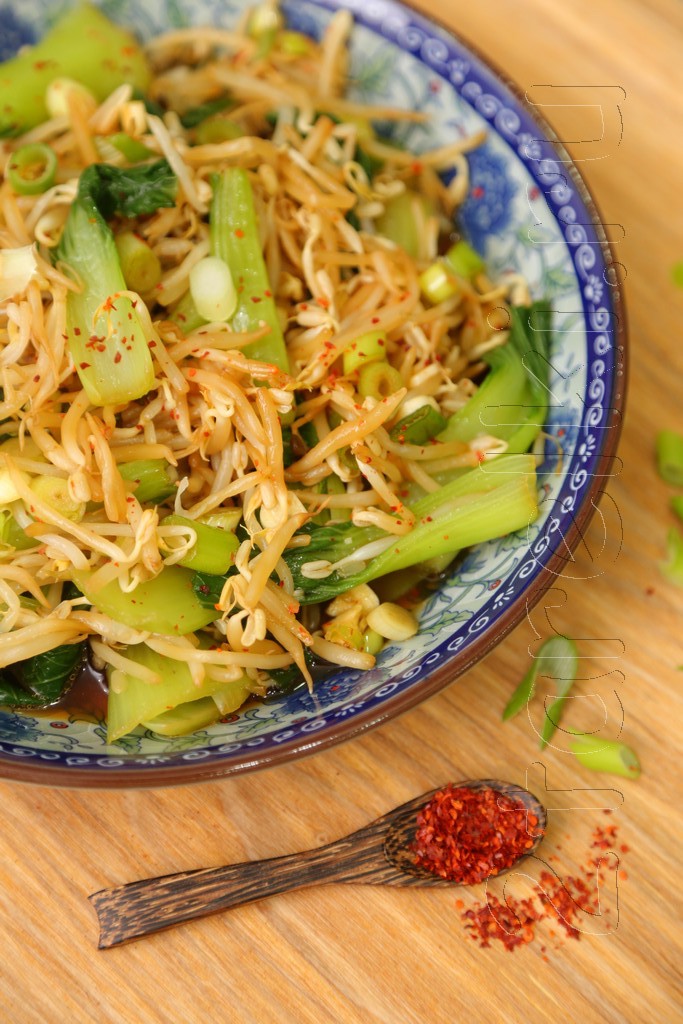 Pumpkin pancakes with carrots and onions

Carrot soup with chicken and garlic